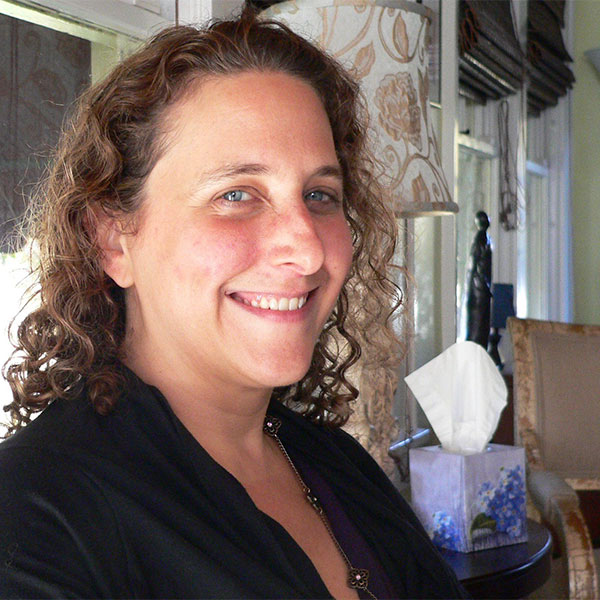 “Your career path often does not look like you had expected it to look; life has a way of steering you in other directions. Don’t be afraid to try new things and to say yes to new challenges. You might end up in an exciting and meaningful place!”

This year marks 20 years since I graduated from Goucher, and I still look back on that time as some of the best education I have received and one of the best experiences of my life. I never meant to be a psych major (I had planned to major in music), but Introduction to Psychology changed my mind. Intro was team-taught by four professors in the department, and I was amazed by all of them. Everything I learned made me want to learn more, and I took even more psych classes than were required for my major.

I graduated from Goucher in 1998, wide-eyed and idealistic about working together with others who just wanted to help other people.  My first job was in a group home with abused boys. I did not know how to help them effectively, and when I was asked to resign from that job I thought maybe I had chosen the wrong path. In 1999, I decided to go back to school for my Master’s in Developmental Psychology (a topic introduced to me by Brian Patrick) and entered a part-time graduate program at Hopkins. I learned so much there, but, oddly, the class that changed my direction was Forensic Psychology.

By the time I graduated I had been back in the field for a couple of years, working for Head Start, and getting experience as a Research Assistant at University of Maryland. After moving to Pennsylvania with my family, I started working as a therapist with adjudicated juveniles. I loved it, and it spurred me to return to my interest in Forensic Psychology. In 2009, I went back to earn my Ph.D. in Clinical Psychology with a concentration in Forensic Psychology.

The interesting thing about this field is that we often do not end up where we thought we would. I thought I wanted to be a child psychologist, and I now do not even see children in my practice. Even though I had planned after grad school to focus on forensic evaluations, I ended up working primarily with those struggling with trauma. That work has been powerful and meaningful, and I now (in addition to my day job working at a mental health clinic that I founded) serve as Regional Co-Lead for Disaster Mental Health for the Red Cross and am part of a leadership program in the Pennsylvania Psychological Association to strengthen their Disaster Response Network. I also developed a passion for serving survivors of human trafficking and serve as the chair of the Behavioral Health Workgroup for the York County Human Trafficking Task Force. My agency is the point of contact for mental health services for trafficking survivors, and I have recently contracted with PESI to travel the country training people in how to best serve that population.

The moral of this story is that your career path often does not look like you had expected it to look; life has a way of steering you in other directions. Don’t be afraid to try new things and to say yes to new challenges. You might end up in an exciting and meaningful place!