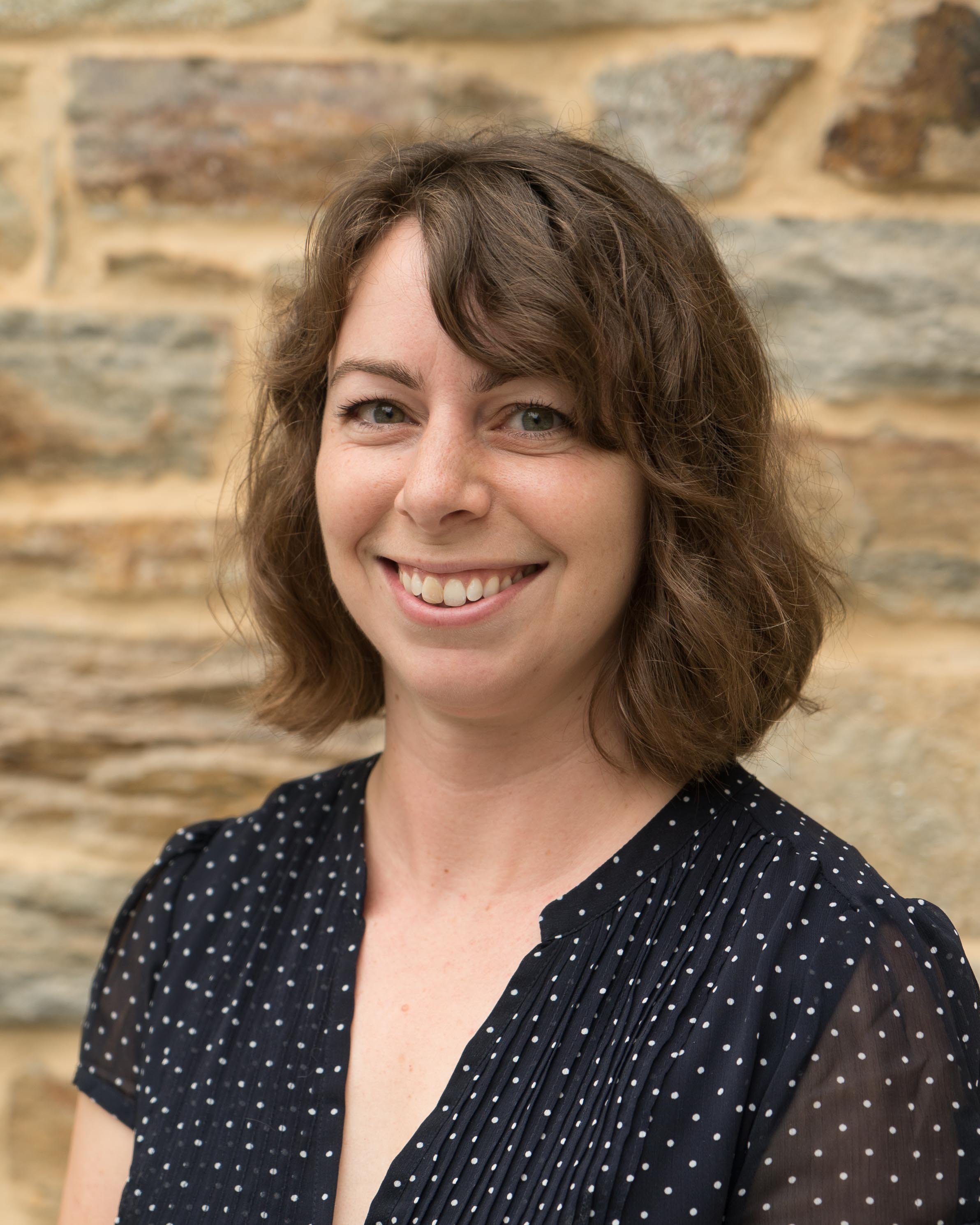 Melanie Lytle has an MA in Historic Preservation (Goucher College ‘11) and a BA in History (California State University, Sacramento). She has been a preservation consultant for 15 years, guiding her government agency clients through the complex U.S. regulatory framework to protect, support, and revitalize built environments and cultural landscapes. She's also worked on the nonprofit and advocacy side of the field as the former executive director of the non-profit Maryland Association of Historic District Commissions and for an architectural easement organization. Since 2015, she's served as a board member at Restoration Works International. Through her service with the nonprofit in Nepal, India, and the US, she's discovered how meaningful heritage sustainability and community engagement work can be when a historic place becomes the place from which communities can cultivate their values and community members can address local challenges and design strategic innovations to make positive social change.

Her current research interest is the potential for altruism and empathy to guide preservationists toward a more people-focused practice. This interest is an outcome of living abroad in post-Apartheid South Africa in the mid-1990s and in France, international and domestic travel, and her nonprofit board service. She's learned that we often present preservation as a solution to social and cultural problems (lack of community, economic disinvestment, social injustice, globalization, climate change, etc.) but that these are “wicked problems,” problems that are difficult or impossible to solve because of incomplete/contradictory knowledge, the number of people involved and their opinions, and the interconnectivity with other difficult problems. She's convinced preservationists must be part of the larger human-centered conversation, cooperate inter-disciplinarily, and banish siloed thinking if we are to have long-lasting influence. Dr. Bradley has taught in the Goucher Historic Preservation program since 2007. Her courses include Introduction to Historic Preservation, Documentation, and Preservation Public Policy and she has directed over twenty thesis projects. She has also taught historic preservation at the University of St. Thomas Art History graduate program; Ursuline College’s undergraduate program, and in the Youngstown State University’s undergraduate and graduate departments. Betsy’s interest in industrial buildings resulted in her book, The Works: The Industrial Architecture of the United States (Oxford University Press, 1999). She has also written about how property owners addressed old dwellings prior to the formal historic preservation program in “Reviving Colonials and Reviving as Colonial” in Re-Creating the American Past: Essays on the Colonial Revival. (Charlottesville: University of Virginia Press, 2006).

Dr. Bradley has over twenty years of experience working with preservation policies and practices at the local level. She worked for several years for the New York City Landmarks Preservation Commission and has also served on the commissions of Shaker Heights, Ohio, Taylors Falls, Minnesota and Spokane, Washington, where she now resides. From 2011 to 2016, Bradley was the director of the historic preservation program in the City of St. Louis. She oversaw the review of thousands of building permits, and addressed the current topics of demolition review in a Legacy City, the design of new construction, the regulation of solar panels in historic districts and the integration of historic districts and form-based zoning. She has worked as a consultant in Minnesota and on the staff of the Wyoming State Historic Preservation office. 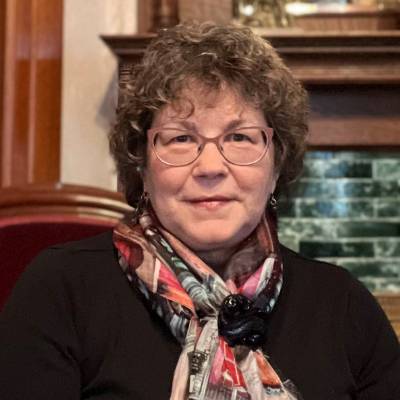 She recently wrote her first book, Historic Pennsylvania: A Tour of the Top 100 National Landmarks (Globe Pequot, a division of Rowman and Littlefield) and is working on a second book on the market houses of Pennsylvania. 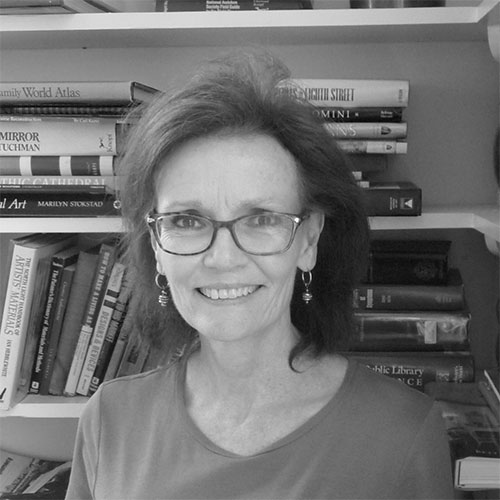 Paula Mohr is a nationally recognized architectural historian and preservationist based in Iowa, where she founded and operates a consulting practice. While at the State Historic Preservation Office, she administered one of the nation’s largest certified local government programs for 14 years. Dr. Mohr previously held positions at the National Trust for Historic Preservation, the White House/Old Executive Office Building, and the National Park Service, where she was curator of the White House Storage Facility. From 1994 to 2000, Dr. Mohr was curator of the U.S. Treasury in Washington, where she was responsible for the preservation and interpretation of this National Historic Landmark and its collections.

Dr. Mohr’s Ph.D. in architectural history is from the University of Virginia, where she wrote her dissertation on architecture and sculpture in New York’s Central Park. She has written about the sacred qualities of Central Park’s landscape and buildings in American Sanctuary: Understanding Sacred Spaces (Indiana University Press, 2006). She also contributed several chapters on landscape design for Campus Beautiful: Shaping the Aesthetic Identity of Iowa State University. Her current research projects include the history and rehabilitation of newspaper buildings. She taught architectural history at the University of Virginia, Drake University and through an NEH-funded workshop on Frank Lloyd Wright and the Prairie School in the Midwest.

Dr. Mohr serves on the boards of the National Alliance of Preservation Commissions, the Vernacular Architecture Forum, Silos and Smokestacks National Heritage Area, and other preservation organizations. 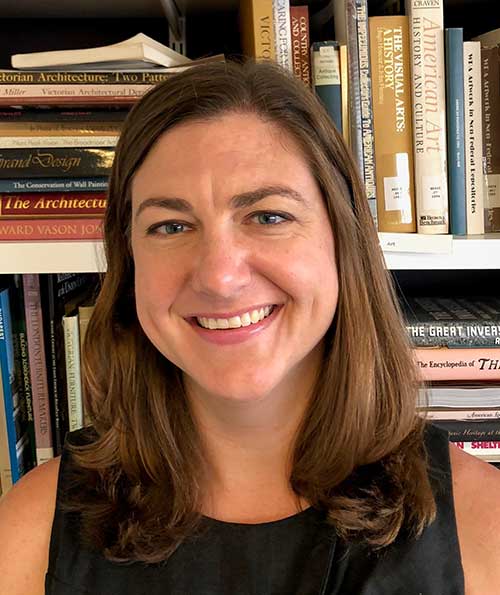 Anne Nelson has a B.A. in History from Boston College and a juris doctor from Duquesne University School of Law. She is licensed to practice law in Pennsylvania and the District of Columbia. As Senior Associate General Counsel for the National Trust for Historic Preservation in Washington, DC, she provides a broad range of legal services to the organization, including both corporate legal services and advocating for the protection of historic resources at the federal, state, and local levels. Her corporate work focuses on supporting the National Trust’s portfolio of historic sites—currently focusing on matters relating to COVID-19, but also assisting the historic sites with expanding their programs and community engagement through collaborations with artists and other innovative agreements and partnerships. Over the last two years, Anne has led the National Trust’s efforts to protect the Ashley River Historic District—a 23,000-acre cultural landscape that is located in Charleston, SC and listed in the National Register of Historic Places. Using various legal and advocacy tools, the National Trust, along with a coalition of local preservation and conservation partners, is seeking additional protections for this iconic place. Anne also regularly participates in Section 106 reviews under the National Historic Preservation Act, works to defend and strengthen local ordinances, and regularly lectures on a variety of historic preservation topics around the country.  She is also a lecturer at the University of Pennsylvania’s Stuart Weitzman School of Design.

Prior to joining the National Trust, Anne was the General Counsel of the Pittsburgh History & Landmarks Foundation where she provided legal advice to the nonprofit organization and its subsidiaries, including working on two federal historic tax credit transactions (one twinned with low income tax credits), providing legal services to the preservation easement program, and directly advocating at the local level for the preservation of historic properties. Lori Durio Price is a senior architectural historian currently located in St. Petersburg, Florida, with more than 22 years of professional experience in the cultural resources field. She currently serves as the Cultural Resources National Practice Lead for CH2M, an international consulting firm, where she leads a team of cultural resources practitioners across the country who perform environmental reviews; conduct and facilitate Section 106 and tribal consultation; handle agency coordination; develop mitigation strategies and draft Section 106 agreement documents; and perform cultural resources field surveys. Prior to her 15 years in the consulting field, she held positions as SHPO staff and as the Principal Architectural Historian for the City of New Orleans. She has worked as a liaison between FEMA and SHPO during disaster recovery from Hurricane Katrina in New Orleans, served as the Cultural Resources Program Lead for the SR 520 Bridge Replacement Program in Seattle to replace the world’s longest floating bridge, and drafted complex Programmatic Agreements for transportation, military, and redevelopment/divestment projects. Mrs. Price has practiced preservation advocacy and outreach at the local level for many years, currently as a member of the Board of Directors for her local preservation non-profit, St. Petersburg Preservation. She has supported development projects of diverse scales, scopes, and locations to formulate and implement people centered and integrated strategies that reduce water and energy risks, and, along with that, community and financial threats. Communicating in five languages, she has worked in over 30 countries, navigating different cultural and regulatory landscapes.

Ms. Rah is principal and founder of RAH Solutions, a Washington-DC based consultancy. She is a board-appointed member of Metropolitan Washington Council of Governments' (MWCOG) Air & Climate Public Advisory Committee, and adjunct professor at the University of the District of Columbia’s College of Agriculture, Urban Sustainability, and Environmental Sciences (CAUSES).

In her position at the Baltimore City Department of Planning, Lauren Schiszik is involved in many facets of historic preservation planning, including architectural design review for landmarks and local historic districts, regulatory reviews, historical and architectural research, and archaeological assessments and reviews. She coordinates the Baltimore City Landmark designation program and the conservation program for Baltimore's historic monuments. She also works on departmental and inter-agency initiatives that integrate preservation into large-scale planning efforts that address issues such as climate resiliency and neighborhood stabilization and revitalization.

Prior to her position with Baltimore City Department of Planning, she worked as a public archaeologist and cultural resources planner with Anne Arundel County's Lost Towns Project, and in the private sector as a cultural resource GIS specialist.

Ms. Schiszik is the Vice President of Friends of Maryland's Olmsted Parks and Landscapes, a volunteer-led non-profit organization. She has also served as adjunct faculty in the Public History Department at Stevenson University, and co-teaches courses in John Hopkins University's Odyssey Program. Ms. Schiszik has authored and presented papers on topics in historic preservation and archaeology. 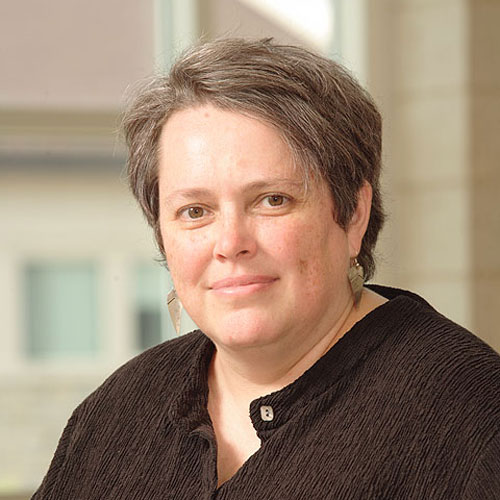 Kennedy Smith has been a leader in downtown economic development for 25 years. After serving as director of Charlottesville, Virginia’s downtown revitalization organization in the early 1980s, she joined the staff of the National Trust for Historic Preservation’s National Main Street Center in 1985 and became its director in 1991, a position she held for 13 years. During Ms. Smith's tenure the Main Street program was recognized as one of the most successful economic development programs in the U.S., generating $18 billion in new investment and stimulating development of 226,000 new jobs and 56,000 new businesses and expanding to a nationwide network of almost 2,000 towns and cities, with additional programs abroad.

In 2004, Kennedy and several colleagues launched the Community Land Use and Economics (CLUE) Group, a private consulting firm that helps civic leaders gather and apply market information to create dynamic downtown economic development strategies. She has won numerous accolades for her work, including receiving a Loeb Fellowship at Harvard University and being named one of Fast Company magazine’s first Fast 50 Champions of Innovation, recognizing creative thinkers whose sense of style and power of persuasion change what our world looks like and how our products perform. She has been featured in news media ranging from Business Week and The New York Times to CBS Sunday Morning and The Donohue Show. In addition to her work with the CLUE Group, she is a columnist for Planning Commissioners Journal.