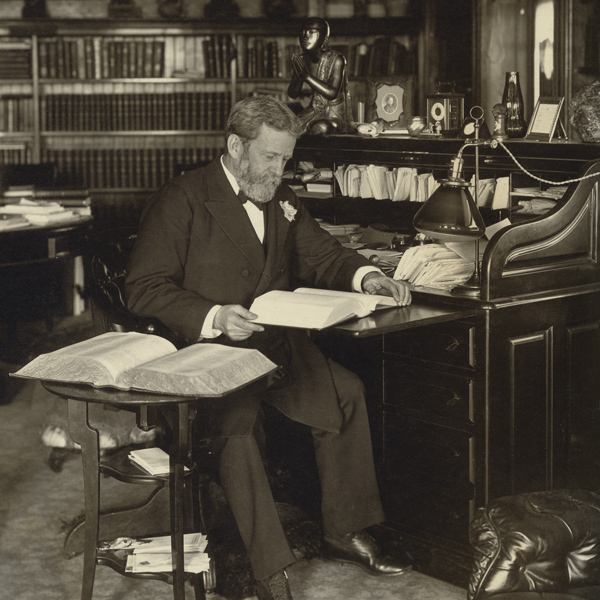 John Franklin Goucher was born on June 7, 1845 to John and Eleanor Townsend Goucher in southwestern Pennsylvania. Raised outside of Pittsburgh in a family of devoted Methodists, John Goucher graduated from Dickinson College in 1868 and soon after joined the ministry of the Methodist Episcopal Church serving in the Baltimore Conference. Beginning in 1869, he served as pastor of numerous churches in the Baltimore region. Goucher served for the longest at the First Methodist Episcopal Church (1883-1891). The first year of his ministry, Goucher met Mary Cecilia Fisher, who after an eight year courtship, he married on December 24, 1877. 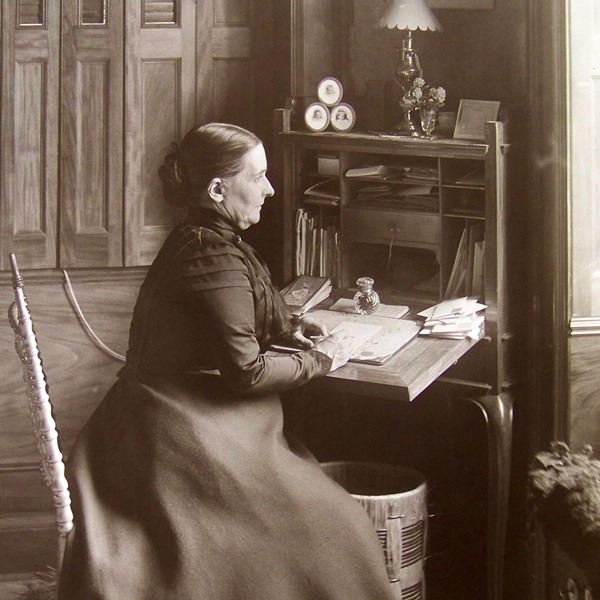 Mary Cecilia Fisher, born March 22, 1850 in Cecil County, Maryland, spent the majority of her childhood on the family estate, Alto Dale, near Pikesville in Baltimore County, where her father practiced medicine. The Fisher's were a prominent and wealthy Baltimore family. Mary Fisher's father believed in education for women, and he arranged for her to have as much education as possible at that time. Though she wasn't able to attend college, she was well educated and fluent in French. In 1868, she joined the Methodist Episcopal Church and became very involved in the activities and programs of the Church. That same year, she met the young minister, Dr. John Franklin Goucher. The Gouchers had five children, although only three survived to adulthood.

Dr. and Mrs. Goucher shared a strong belief in higher education for women and world mission programs. They were instrumental in the founding of several schools in Maryland including Morgan State University, a historically black college located in Baltimore, as well as schools overseas in Japan, China, and India. Dr. Goucher served on the Board of Foreign Missions of the Methodist Episcopal Church and provided much of the financial support for their mission work in Asia.

In 1883, Dr. Goucher, as minister of the First Methodist Episcopal Church, was involved in the efforts of the Baltimore Methodist Conference to form an educational institution to commemorate the centennial of the Methodist Episcopal Church. At Goucher's suggestion and after the fundraising efforts of the women of the Methodist Educational Association along with generous gifts of land and money from Mary Fisher and John Goucher, in 1885, the Woman's College of Baltimore City was established. The college opened in 1888 with 140 students. Together the Gouchers worked to ensure the young college would survive, and they gave generously, providing a majority of the funding for the first building, Goucher Hall, named in their honor. Dr. Goucher refused the nomination to serve as the first president of the College, instead choosing to remain in the ministry and focus on his missionary work.

In 1890, when the College's first president resigned, the Board of Trustees voted unanimously to elect Dr. Goucher as president without first nominating him. This time, Goucher agreed and became president in 1891. Dr. Goucher continued to give generously to the College during his tenure, often forgoing his salary to balance the budget. A great deal of Dr. Goucher's administration focused on fundraising and increasing national publicity and support for the young college, especially within the Methodist Episcopal Church.

By the time Dr. Goucher resigned in 1908, the college had a strong academic foundation and experienced significant growth in the size of the faculty, student body, and physical campus. Following his resignation, Dr. Goucher remained on the Board of Trustees until his death in 1922. In 1910, the College bestowed the highest honor upon Dr. and Mrs. Goucher for their role in shaping and defining the college when they changed the name to Goucher College.