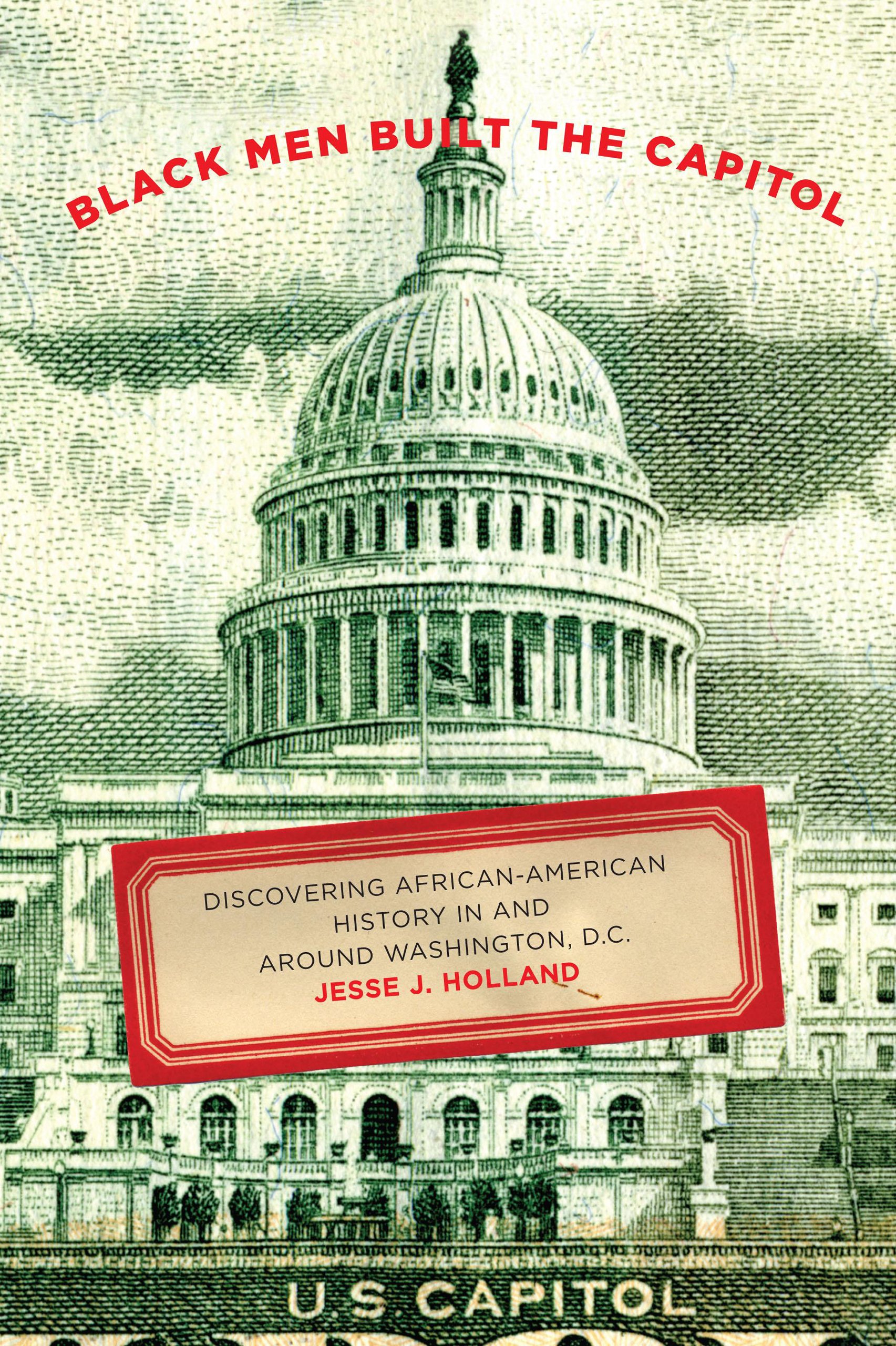 African Americans were not just brute labor at the Capitol. They also brought highly specialized skills in carpentry, bricklaying, ironworking and other intellectual skill, as the Statue of Freedom on top of the Capitol dome shows.

When the Capitol was first constructed, the building had a small wooden and copper dome that had none of the grandeur of the current dome. Itwas considered a national embarrassment. The responsibility for coming up with a new dome was given to architect and designers Thomas U. Walter and Montgomery Meigs, who designed and constructed the current white cast-iron dome that we see today.

Two months after Congress authorized the construction of the new Capitol Dome in 1855, sculptor Thomas Crawford was given a commission to create a statue that would sit on top of the new structure. Crawford, who had a couple of run-ins with the future president of the Confederacy and then U.S. Secretary of War Jefferson Davis because of Crawford's desire to make the statue one of a freed slave, completed a 19-foot-6 inch plaster model of "Freedom" in 1856 while living in Rome. He would die the next year in London without ever seeing his work grace the top of the Capitol.

The story of the "Freedom" statue would end there, with the plaster model arriving in America and sitting on the grounds of the Capitol,  if not for the ingenuity of an African American man named Philip Reed.

Reed, a 39-year-old mulatto slave from Charleston, S.C., owned by ironworker Clark Mills, was a "highly-esteemed" workman who was "smart in mind" and "a good workman in a foundry," according to Mills. Reed came up to Washington, D.C., from South Carolina with Mills, where the slave had worked in a foundry for his entire life. Mills noted in an 1863 document that he bought Reed "because of his evident talent for the foundry business."

Reed proved his intelligence and skill in two different incidents involving the Statue of Freedom.

Once the plaster model of the Statue of Freedom made it to the Capitol grounds, an Italian workman assembled it near the building so everyone could see what "Freedom" would look like when it was finished and on top of the dome. However, the craftsman refused to take the model apart so it could be moved to an iron foundry where the final statue would be built. He wanted more money, and thought the government had no choice but to accede to his demands because he was the only person in the country smart enough to take apart this plaster model without injuring it. He was wrong.

S.D. Wyeth described what happened next in his 1869 book "The Federal City: Ins and Abouts of Washington."

"The Italian was ordered to take the model apart. This he positively refused to do, unless he was given a large increase of wages, and secured employment for a number of years. He said, he alone 'knew how to separate it,' and would do so only upon such conditions.

Philip Reed proved him wrong. Philip undertook to take the model apart without injury, and succeeded in doing so. His plan of working was this: a pulley and tackle was brought into use, and its hook inserted into an iron eye affixed to the head of the figure _ the rope was then gently strained repeatedly until the uppermost joining of the top section of the model began to make a faint appearance. This gave some indication as to the whereabouts of its bolts inside, and lead to their discovery; and thus, finally, one, after another of the sections was discovered, their bolts unloosed, and the model, uninjured, made ready for the foundry."

Who knows what the government might have decided to do with "Freedom" if Reed had not figured how to get the pieces apart without giving in to the European craftsman's demands? Would they have cancelled the entire project? Perhaps left the plaster model on the Capitol grounds and placed another statue on the dome? Or maybe even damaged the plaster model in a futile attempt to separate the sections, making it impossible for "Freedom" to ever be cast in bronze?Thankfully, because of an African American slave, we never had to find out.

But the story of Philip Reed and the Statue of Freedom doesn't end there.

The federal government paid Clark Mills $400 a month to cast "Freedom" in bronze at his foundry. But another dispute over money interrupted the work.

The New York Tribune's Thursday December 10, 1863, edition described the situation like this:

"When the bronze castings were being completed, a foundry of Mr. Mills, near Bladensburg, his fireman, who had superintended the work from the beginning, and who was receiving $8 per day, struck and demanded $10, assuring Mr. M that the advance must be granted to him, as nobody in America, except himself, could complete the work. Mr. M felt that the demand was exorbitant, and appealed in his dilemma to the slaves who was assisting in the molding. "I can do that well, "said one of them, an intelligent and ingenious servant who had been intimately engaged in the various processes. The striker was dismissed, and the negro, assisted occasionally by the finer skill of his master, took the striker's place as superintendent, and the work went on. The black master-builder lifted the ponderous uncouth masses, and bolted them together, joint to joint, piece by piece, till they blended into the majestic "Freedom" who to-day lifts her head in the blue clouds above Washington, invoking a benediction on this imperiled Republic!"

Few history books mention Reed, or the work he did. Congress knows all about it, however.

In an address to Congress in 1928, one of the statue's most reverent supporters, William Cox, described Reed's work in this way: "... the facts are that [Freedom's] successful taking apart and handling in parts as a model was due to the faithful service and genius of an intelligent negro in Washington named Philip Reed, a mulatto slave owned by Mr. Clark Mills, and that much credit is due him for his faithful and intelligent services rendered in modeling and casting America's superb Statue of Freedom, which kisses the first rays of the aurora of the rising sun as they appear upon the apex of the Capitol's wonderful dome. (Congressional Record, 1928, p. 1200)."