Watch a video of the commencement address 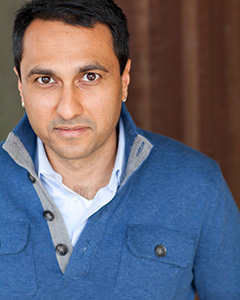 "I hate a song that makes you think that you are not any good. I hate a song that makes you think that you are just born to lose. Bound to lose. No good to nobody. No good for nothing … I am out to fight those songs to my very last breath of air and my last drop of blood. I am out to sing songs that will prove to you that this is your world and that if it has hit you pretty hard and knocked you for a dozen loops, no matter what color, what size you are, how you are built, I am out to sing the songs that make you take pride in yourself and in your work … I could hire out to the other side, the big money side, and get several dollars every week just to quit singing my own kind of songs and to sing the kind that knock you down still farther … But I decided a long time ago that I'd starve to death before I'd sing any such songs as that. The radio waves and your movies and your jukeboxes and your songbooks are already loaded down and running over with such no good songs as that anyhow." -- Woody Guthrie

When I was in college I took a course called ‘Utopian Thought’, writers on how the world should be. In the footnotes of one of the books were references to real-world places, tangible attempts to actualize visions of the ideal. Intentional communities.

I was part of the Campus Honors Program at the University of Illinois, a Goucher College-style liberal arts zone amidst a larger city of accounting and engineering majors. The Honors Program offered summer grants for students who designed worthy research projects.

What could be more worthy than getting a peek into these intentional communities?

I remember my professor, dressed in his Ivy League tweeds, looking at me over the top of his bifocals, my proposal for grant money in one hand, fountain pen in the other, saying, “Let me get this straight, you want university research dollars to spend seven weeks in communes on the Eastern Seaboard?”

“Field work,” he repeated, not sounding that convinced.

He thought for a minute, then scribbled something on the top page, handed it back to me and said, “The paper better be good, Mr. Patel.”

A liberal arts education is like a jukebox full of Woody Guthrie songs – songs that fill you with light, songs that convince you that you can slay dragons.

Well, I have harsh news for you: generally speaking, the rest of the world plays other kinds of songs. Songs in minor keys. Songs meant to make you believe that the best anyone can do is win the status quo.

That dissonance can cause a profound sense of dis-ease in recent graduates of liberal arts colleges.

It took me until about six months after my own graduation to put my finger on it. Where were all the people intent on changing the world, and convincing me I needed to be part of it?

That’s when I realized just how special places like Goucher College are. Here, you’ve been surrounded by adults who have found their passions and have dedicated their lives to nurturing yours. Every flash of inspiration you felt here, every fleeting notion you had, there was someone around to declare it genius and help you make it a reality, maybe even approve a summer research grant for further investigation. Here, you’ve had the chance to imagine and become your best self.

Outside, the music is different, and the mood too. As the Grateful Dead say:

So what do you do? Simple. You’ve got to take the songs you collected here and load your own jukebox.

Here’s some of the music I took with me from my college days:

Say to them,
say to the down-keepers,
the sun-slappers,
the self-soilers,
the harmony-hushers,
"Even if you are not ready for day
it cannot always be night."

Keep a red heart of memories
Under the great gray rain sheds of the sky,
Under the open sun and the yellow gloaming embers.
Remember all paydays of lilacs and songbirds;
All starlights of cool memories on storm paths.

Why does this matter? Because we respond to our surroundings. It’s why I think Jerry Springer is the most terrible person in America. He deliberately creates environments that bring out people’s worst selves. It is why I believe Dorothy Day is an American hero. She spent her life building spaces where, as she said, it was easier to be good.

The proposal I wrote for that half-baked idea to do field work on American communes, it’s the first time something I put on paper translated into a tangible difference in my life. Which is to say, I spent the summer driving around to intentional communities instead of interning at some stuffy law firm.

And as I traveled through these various places, I realized it was the first time I saw people take creative ideas and make them reality outside a campus-setting. The people I found most inspiring during my summer research project were people of faith – Catholics, Quakers, Evangelicals. That realization moved me to start reading social justice writings across religious traditions. I was startled by the commonalities and connections. Why didn’t more people know that compassion was central to Judaism, Islam and Buddhism? Why didn’t we have a movement acting on it? If those people could start an intentional community, maybe I could start a nonprofit organization. That was the early architecture of Interfaith Youth Core.

I think back to that proposal. If I hadn’t had that opportunity, if my project hadn’t been approved, if my parents hadn’t been convinced to let me go by the impressive phrase ‘research grant’, I’m not sure any of the rest of my life would have happened. My debt to liberal arts dispositions is deep.

Listen, not every momentary fancy that crossed my mind when I was nineteen was genius. As tedious as the real world can be, I’ve come to appreciate the discipline it offers.

Which is to say, I’ve learned that escape is not my trip, and that I’m no longer impressed with ideas whose main purpose is to improve utopia. As Robert Frost says, “Earth’s the right place for love, I don’t know where it’s likely to go better.”

The impulse that things can change, and I can be part of it - that stuck. And the sullen dirge of the real worlds hasn’t yet beat it out of me, and I don’t intend for it too.

One of my favorite pictures in American history is of Woody Guthrie looking imperiously into a camera holding a guitar with the words, “This machine kills fascists” painted on the body. Woody Guthrie penned some of the most penetrating songs in American history – Pastures of Plenty, Hard Travellin’, This Land is Your Land. Songs about a country built by all of us, meant for all of us. What most people don’t know is that he had a thousand more songs that he wrote but never recorded.

Well his daughter gave some of those lyrics to a couple of contemporary artists, Billy Bragg and Jeff Tweedy. They put them to music and recorded a set of albums named after the street Woody and his family lived on in Brooklyn.

I love the lesson of that. That there are songs across time that bind us. That what one generation starts, another one takes up and completes, and the next takes apart and puts back together again, improved.

One last song from my jukebox, a little Grateful Dead for the road: