Rear Admiral Reverend Margaret Grun Kibben, Chaplain of the U.S. House of Representatives and a 1982 Goucher College graduate, addressed the Class of 2020. 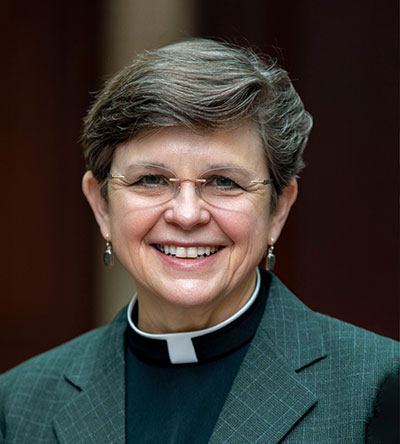 Ret. Rear Admiral Margaret Grun Kibben is the 61st Chaplain of the United States House of Representatives. She is the first woman to serve as Chaplain in either chamber of Congress.

Previously, Chaplain Kibben served as the U.S. Navy’s 26th Chief Chaplains, serving as the director of religious ministry for the Department of the Navy, advising the Secretary of the Navy, the Chief of Naval Operations, the Commandant of the Marine Corps, and the Commandant of the Coast Guard on all matters pertaining to religion in their respective services. She led a community of 2,500 active and reserve officers and enlisted religious ministry professionals.