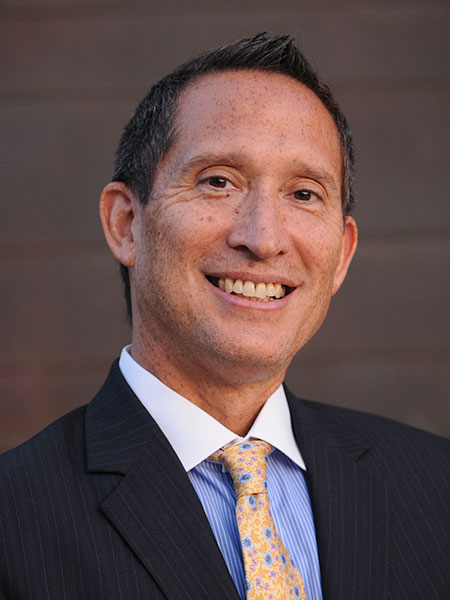 José Antonio Bowen served as president of Goucher College from 2014 to 2019. Bowen began his teaching career at Stanford University in 1982 as the Director of Jazz Ensembles. In 1994, he became the Founding Director of the Centre for the History and Analysis of Recorded Music (C.H.A.R.M.) at the University of Southampton, England. He returned to America in 1999 as the first holder of the endowed Caestecker Chair of Music at Georgetown University where he created and directed the Program (now Department) in Performing Arts. He was Dean of Fine Arts at Miami University, before moving to SMU in Dallas in 2006 to become Dean of the Meadows School of the Arts and Algur H. Meadows Chair for 8 years (ending with a No. 1 ranking for the School of Music in USA Today in 2014).

He has written over 100 scholarly articles for the Journal of Musicology, the Journal of the Society for American Music, The Journal of Musicological Research, Performance Practice Review, 19th-century Music, Notes, Music Theory Spectrum, the Journal of the Royal Musical Associations, Studi Musicali, the New Grove Dictionary of Music and Musicians and in books from Oxford and Princeton university presses. He is the editor of the Cambridge Companion to Conducting (Cambridge University Press, 2003) and received a National Endowment for the Humanities (NEH) Fellowship. He contributed to Discover Jazz (Pearson, 2011) and is an editor (along with David Baker, Dan Morgenstern, John Hasse, and Alyn Shipton) of the 6-CD set, Jazz: The Smithsonian Anthology (2011). He has a TED talk on Beethoven as Bill Gates.

Bowen has also been a pioneer in active learning and the use of technology in the classroom, including podcasts and online games, and has been featured in The Wall Street Journal, Newsweek, USA Today, US News and World Report, and on NPR for his book Teaching Naked: How Moving Technology out of your College Classroom will Improve Student Learning (Jossey-Bass, 2012, and winner of the Ness Award for Best Book on Higher Education (2013) from the American Association of Colleges and Universities. He is currently working on Transforming the University: Learning for Change (San Francisco: Jossey-Bass, due 2015), a comprehensive approach to integrating campus life with massively better classrooms and using the latest research on learning and adolescent development to focus college on opening minds in the post-technology era. He has been honored by students and colleagues for his teaching at SMU, Miami and Georgetown and he received a Stanford Centennial Award for Undergraduate Teaching in 1990. He's currently serving on the Digital Working Group of the Association of American Colleges & Universities (AAC&U's) General Education Maps and Markers (GEMs) program. For teaching ideas, see his blog at teachingnaked.com or follow him on Twitter @josebowen, or watch his Teaching Naked TED talk.

In over 35 years as a jazz performer, he has appeared in Europe, Africa, Asia, the Middle East and the Americas with Stan Getz, Dizzy Gillespie, Bobby McFerrin, Dave Brubeck, Liberace, and many others. His compositions, conducting and playing are featured on numerous recordings and he currently performs with the jazz collective jampact. His latest CD, Uncrowded Night, features his playing with the José Bowen Quartet (also on iTunes.) He has written a symphony (which was nominated for the Pulitzer Prize in Music in 1985), a film score, and music for Hubert Laws, Jerry Garcia and many others. His Jewish music (published by Transcontinental Music) is also widely performed and includes a Jazz Shabbat Service (with over 80 performances around the world). Other awards for his compositions include the Hubbell, Popular and Standard Awards (from ASCAP), the Louis Sudler Prize in the Arts, the Bell T. Richie Prize, and the Koret Israel Prize. He has served on the Editorial Boards for Jazz Research Journal, the Journal of the Society for American Music (Cambridge University Press), the Journal of Music History Pedagogy, and Per Musi: Revista Acadêmica de Música.

He is also on the Advisory Board for The New Grove Dictionary of American Music (Oxford University Press) and is a Founding Board Member of the National Recording Preservation Board for the Library of Congress. In 1996, Bowen was elected as a Fellow of the Royal Society of Arts (FRSA) in England. Bowen holds four degrees from Stanford University: a Bachelor of Science in chemistry, a Master of Arts in music composition, a Master of Arts in humanities and a joint Ph.D. in musicology and humanities. Stanford honored him as a Distinguished Alumni Scholar in 2010.