We will  help you learn to move your body correctly and efficiently for greater fitness success and to avoid injuries. 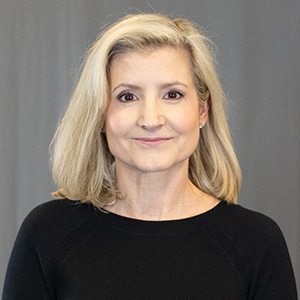 Elizabeth Lowe Ahearn began her Pilates training as a dance major at SUNY Purchase. After exploring several body therapies, she found that Pilates most deeply aligned with the principles of dance that she was accustom to, including deep core support (centering), alignment, control, precision, and flow of movement. Elizabeth graduated from New York University - Tisch School of the Arts with her BFA and MFA. Soon thereafter she attended the NY Pilates Studio’s certification program where she studied closely with Romana Kryzanowka, Carol Dodge, and Sari Mejia Santo receiving her teacher certification from The Pilates Studio®/Authentic Pilates® in New York City in 1994.

The results of Elizabeth's research can be found in the World Book Encyclopedia, Discovering Pure Classical Pilates, and in the Journal of Dance Education in an article titled “The Pilates Method and Ballet Technique-Applications in the Dance Studio.” Her most recent work, “The Effects of Pilates Training on The Alignment of the Pelvis in Dancers Ages 17-22” was presented at the Pilates Method Conference in Arizona, the International Association of Dance Medicine and Science in Houston, and was published in the December 2018 Journal of Dance Medicine and Science.

Elizabeth feels fortunate to have the opportunity to discover and learn something about the human anatomy everyday, while making an impact on her student’s bodies and lives.

Susan pursued a very serious, very intense ballet school training under the tutelage of Yvonne Chouteau and Miguel Terekhov in Oklahoma City, Oklahoma, from the age of 8 thru 18. After the end of her final high school semester, her father took her up to NYC to pursue her ballet studies with Maggie Black.

She returned to Oklahoma City in 1975 to join Ballet Oklahoma and work as a company member and faculty teacher for the School of Ballet Oklahoma until December of 1980.
While living in Dallas, Texas, Susan began taking weekly Pilates lessons with Colleen Glenn. She was inspired by The Pilates Method of Body Conditioning and decided to pursue Pilates training as a career path.

Susan always wanted to learn from the person who learned from Joseph Pilates himself. Her dream was fulfilled when she was accepted as an independent study at Drago's Gym in NYC in 2001. On September 1, 2001, she started her third career path with Romana Kryzanowska. On 9/11, she was in the studio with Romana. Susan and Romana had a common bond of friendship...Yvonne Chouteau was Romana's best friend as a very young ballerina. Yvonne was also a pupil of Joseph Pilates himself.

Susan was certified by The Pilates Studio®/Authentic Pilates® in New York City in March, 2002. She has been teaching in different studios in Dallas, Texas, up until her recent relocation to Towson, Maryland in 2013. 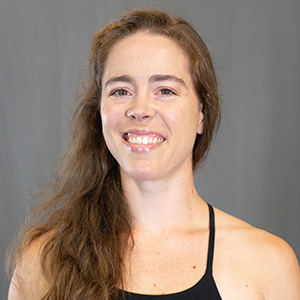 Stephanie Lawson 06’ is from Middlesex, VT and began practicing Pilates while recovering from ACL/meniscal surgery. She was a dancer who was eager to recover as quickly as possible, so she began using Pilates as a form of rehabilitation. Stephanie feels the longer she practices Pilates, the more fulfilling it becomes. She believes Pilates can be very powerful and loves to watch how it benefits any and everybody that puts the mind and the body together with control. As the director of the Pilates Center at Goucher, Stephanie is proud of her extensively trained instructors who truly care about the Pilates method and about sharing Joseph Pilates’ work.