Three Days in Gettysburg: An Intimate Tale of Lost Love and Divided Hearts at the Battle that Defined America. 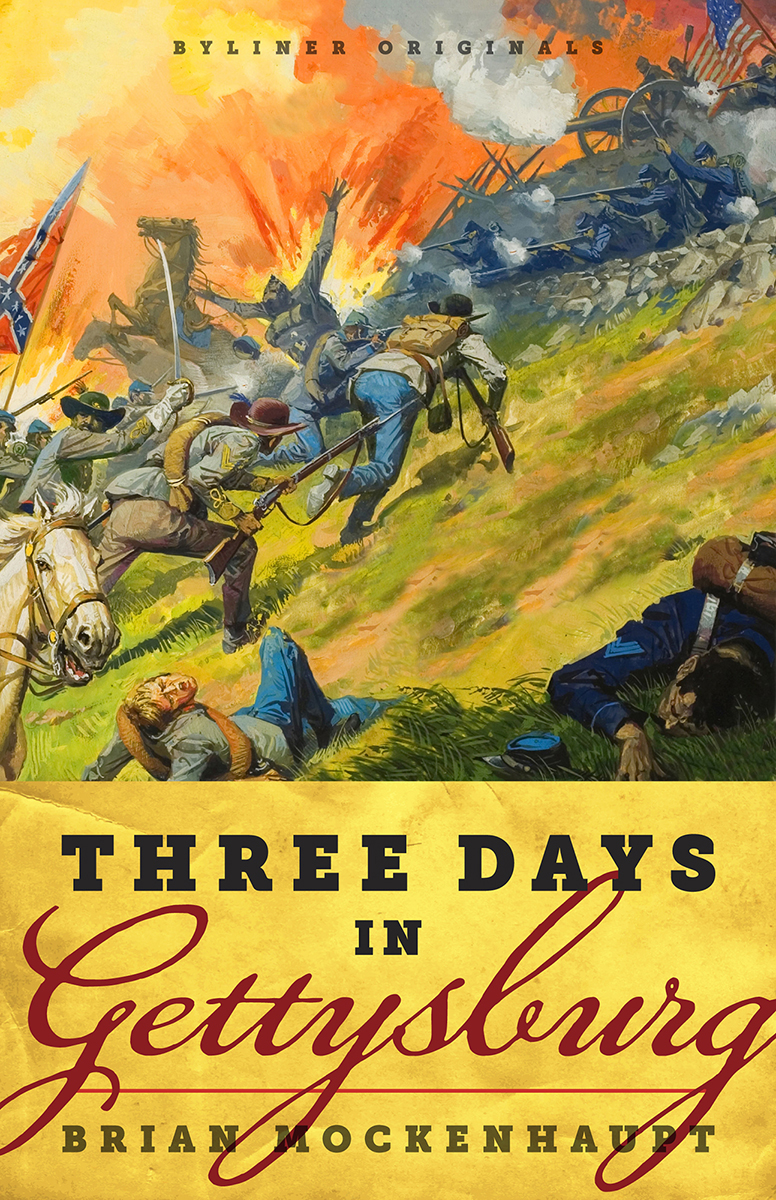 She had not heard from him for several weeks, and the worry festered. She carried his last letter in her apron pocket, along with a photograph that he had given her, a picture of pride and duty. Johnston Hastings Skelly Jr.-Jack to his friends and family, her Jack-in a straight-backed chair, wearing his Union blues, collar raised to his throat, army cap cocked slightly to the side. The thin mustache and small goatee made him seem even younger than his twenty-two years. He had laid his rifle across his lap and cradled the barrel in the crook of his right arm. How many times she had looked at the picture, wondering if he was safe and longing to see him again, as she told him so often. "I am always awaiting anxiously for tidings from you. It does me good to get a few words on paper from you," Jennie Wade had written earlier in the year, on Washington's birthday, February 22. "I remember this day two years ago as well as if it was yesterday. I wish I could see you just half as often today as I did that day. I would be satisfied. I wish one more twenty second was over and then it would not be long till you would be home for good."

She had been just seventeen when Jack left for the war two years earlier, with so many other young men of Gettysburg. Most every family she knew had a husband, son, or brother who had gone to fight. Just a week earlier, her own brother, John, had joined a local cavalry regiment as a bugler and was now off in the South.   Many had been lost. Frederick Huber, killed at Seven Pines. Craig Wisotskey, killed at Mechanicsville. William Little and his brother David, dead from disease. Nesbit Baugher, dead from seven bullet wounds at the battle of Shiloh. And more had come home terribly damaged. Each time news of a battle trickled into town, families awaited the tally from the ghoulish lottery to find out if their loved ones had been spared. This was life in Gettysburg during the first years of the Civil War: worry and waiting.

Rumors regularly swept through town that the Rebels were advancing to burn and plunder, and each time people would cluster in the streets, trading scraps of gossip. But by the summer of 1863, with Confederate troops already across the Potomac River and on Union soil, the rumors carried more truth than fearful speculation, and Gettysburg would fast move from home front to battlefield. The Union cavalry had arrived in town at the end of June and pushed into the fields to the west. The soldiers brought relief and joy, for the Confederates were close now: from the heights west of town residents could see the twinkle of hundreds of enemy campfires, seven miles away on the eastern slopes of the Blue Ridge Mountains.   As Union infantry marched into Gettysburg the next morning, July 1, young women in hooped skirts waved handkerchiefs and handed out cakes and pies. Another group gathered along Washington Street and sang to them as they passed.

Down with the traitors,

Up with the stars;

While we rally round the flag, boys,

Shouting the battle cry of Freedom.

The soldiers whooped and cheered, and they seemed eager for battle, so confident as they marched toward the crack of rifle fire and the thud of artillery in the fields west of town. From the hills just south of Gettysburg, people could see more Union soldiers approaching in a thick column that stretched back to the horizon like a giant black snake writhing across the hills and fields.   This would be a phenomenal collision. General Robert E. Lee, commander of the Army of Northern Virginia, needed a great victory on Northern soil, which he hoped would bolster the position of Northerners who wanted peace, make President Abraham Lincoln's plans for continuing the war untenable, and even prompt recognition by Britain and France of the Confederate States of America as a sovereign nation. He had not planned on Gettysburg as the battlefield, but now more than 160,000 Union and Confederate soldiers were converging on this town of 2,400 in southern Pennsylvania, funneling in on ten roads arrayed like spokes on a wagon wheel, with Gettysburg as its hub.

The townswomen had already been notified that morning to prepare bandages for the wounded who would be pulled from the battlefield, and in the early afternoon a Union rider galloped down Baltimore Street, stopped in front of the Presbyterian Church, and ordered that it be opened for use as a hospital. Soon a wounded soldier rode into town from the west on a white horse stained red with blood. The ambulances were close behind. And then, to the great horror of Gettysburg's residents, came their army, in full retreat. Frothing horse teams pulling cannons, caissons packed with artillery shells, and supply wagons raced down the rutted dirt streets nearly out of control, harnesses clattering, as soldiers whipped the reins.

Riders urged residents to shelter in their cellars, expecting that either the town would be shelled or the armies would soon be fighting in the streets, house to house. "For God's sake go in the house!" a soldier yelled. "The Rebels are in the other end of town, and all will be killed!"   The soldiers who had marched so orderly into battle that morning now ran panicked through unfamiliar, narrow streets, darting through alleyways and between houses, trampling the vegetable gardens most people grew beside their homes, losses that would be felt in coming days as food stores dwindled.   For the past eight hours, they had marched and fought in summer heat wearing uniforms of heavy wool and cotton soaked through with sweat, their bodies drained from the adrenaline and terror of close combat, watching friends die by the dozen. Canteens long dry, heads light from dehydration, they stumbled through the town. "Give us water!" men shouted. "Give us water!" Women and children dipped cups into buckets and the soldiers drained the water at a run and tossed back the cups.

Confederates shot at soldiers as they fled into the town. They brought up artillery pieces and fired shells packed with metal balls, giant shotguns that cut men down several at a time. Fleeing soldiers barged into homes seeking safety. They hid in cellars, attics, and sheds. Families peeked from their windows and saw the glint of sun on steel bayonets as the Rebels marched into Gettysburg. They caught up with soldiers trying to escape and fought hand to hand in the streets.

"Why do you come to town to have a fight?" a woman shouted to the soldiers. "There are some old fields out there. Why don't you go out there?"

Some residents fled to the homes of family and friends who lived on farms outside town. Many cowered in their cellars. Hundreds would be trapped behind enemy lines. As the fighting worsened through the day, Jennie Wade scooped up her little brother Harry and a crippled boy who lived with her family and went to her sister's house on the southern edge of town, surely far enough from the fighting to be kept from harm.

After so much worrying over Jack, wondering whether he could keep himself safe and soon return to her, she was now the one in the middle of a battle.

She did not know that Jack had been wounded and now lay in a Rebel hospital in Virginia. Nor did she know that one of the only people who could tell her of his whereabouts and condition was at that moment marching toward Gettysburg. John Wesley Culp, a childhood friend, had gone south and joined the Confederacy, and now he was back, a foot soldier in Lee's massive invasion force descending on his hometown.