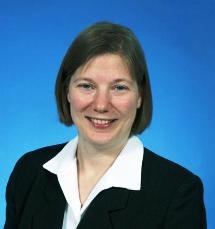 Looser, the author of British Women Writers and the Writing of History, 1670-1820, completed a research residency in the Jane Austen Collection of Goucher’s Julia Rogers Library from March 3 to 7, 2008. She also consulted with students and faculty and delivered a public lecture titled "Jane Austen, Jane Porter, and Bath" on March 5, 2008, at 7:30 p.m. in Merrick Lecture Hall.

A dedicated Austen scholar, Looser edited the collection Jane Austen and Discourses of Feminism, and she has written numerous articles on the author, including ’I Always Take the Part of My Own Sex’ Emma’s Mrs. Elton and the Rights of Women, "Old Dogs and New Tricks: Austen’s Female Elders, Jane Austen ‘Responds’ to the Men’s Movement, andJane Austen, Feminist Literary Criticism, and a Fourth ‘R’: Reassessment.

She has contributed to recent books on Austen as the author of chapters such as Jane Austen in the Twenty-First Century, Reading Jane Austen and Rewriting ‘Herstory,’ and Feminist Implications of the Silver Screen Austen.