Every year in elementary school, Nick Boucher ’14 and his class went to a week-long outdoor school, even spending a week on a skipjack vessel that harvests oysters. From those experiences, Boucher realized two things: He loved being outdoors, and he also wanted to study it. 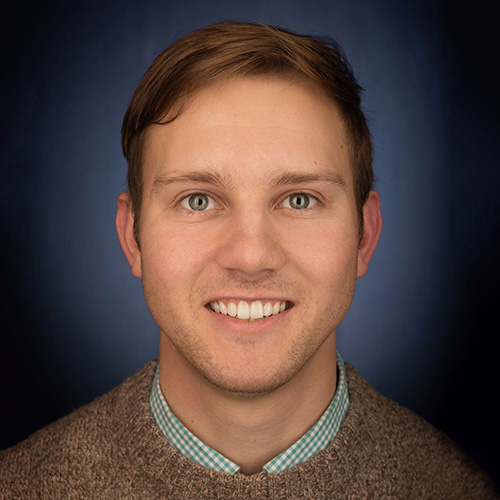 As an environmental studies major and a Spanish minor, Boucher completed an Intensive Course Abroad (ICA) at the Roatan Institute for Marine Sciences in Honduras, where he scuba-dived to conduct field surveys twice a day, every day, for two weeks. "For one, it was an incredible experience, and I really enjoyed it, but the ICA also gave me an experience that not a lot of people had," he says. "I felt very comfortable scuba diving for scientific purposes, not just pleasure. And because of that, I was able to get an internship at the National Aquarium in Baltimore."

That internship then led to a job at the National Institutes of Health immediately after graduation, where he gained lab experience. Fast forward two years and Boucher was looking at graduate schools, so he contacted his network of Goucher professors: Cynthia Kicklighter, Germán Mora, and Ruquia Ahmed-Schofield. Even though it had been years since they last communicated, all three of his professors wrote Boucher the recommendation letters that ultimately helped him get into the University of Michigan.

While earning his Master's degree in conservation ecology, Boucher worked for the Great Lakes Aquatic Nonindigenous Species Information System (GLANSIS). While in school, Boucher conducted research for both GLANSIS and his thesis. For the former, he conducted literature reviews and risk assessments to determine if a species could become invasive along the Great Lakes and how much of a risk that species poses to native organisms.

For his thesis, Boucher studied zebra and quagga mussels, which he says are the most well-known invasive species in the Great Lakes. Researchers have studied the effects these species have on organisms lower on the food web, such as plants, which is why Boucher broadened his study to the entire ecosystem. He also approached his data differently: Instead of relying on observational data, Boucher used computational models.

With the exception of a Goucher class in statistical analysis for scientific research, Boucher is self-taught in computational modeling, statistical data analysis, and GIS because he needed those proficiencies for his job. "That gave me an introduction to data analytics, but a lot of what I've done is learning on the fly, and that speaks to the liberal arts education," he says. "If I had studied something super-specialized, I wouldn't have felt as comfortable figuring it out as I went."

After receiving his Master's degree in 2018, Boucher accepted a position with the Great Lakes Fishery Commission, working to rehabilitate the Great Lakes ecosystems that sustain fisheries and benefit society.