Billy Daly is the director of data, technology, and evaluation at Baltimore Corps, which connects talent to opportunity by placing Fellows in high-impact roles at some of the most visionary nonprofits, social enterprises, and government agencies across Baltimore. 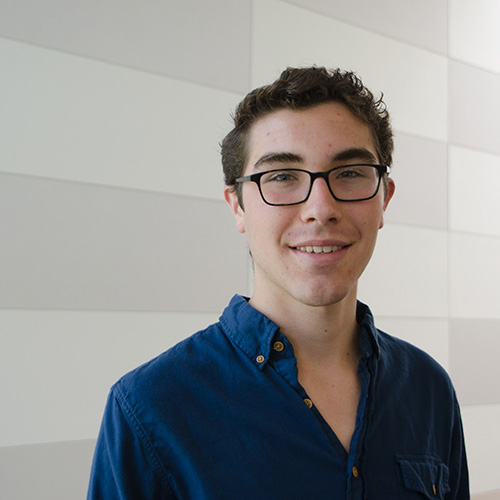 Daly's first major exposure to data analysis came in the form of summer research with his adviser, Gina Shamshak, as well as projects in his econometrics class. In these roles, he learned the basics of database management, research, and data analysis.

"While my experiences at Goucher did uniquely prepare me for this role, there is no amount of schooling that I could have ever received that would teach me all of the skills I needed to know stepping into that position," Daly said. "Fortunately, Goucher didn't just offer me content; it taught me how to find it myself."

An admissions counselor at the college put Daly in touch with the person who would first connect him with Baltimore Corps. The position started out as an internship supported by Goucher's Career Development Office before evolving into the directorial role. Daly says the thing he loves about Goucher is the college's willingness to supporting its students.

"It is so rare to find yourself in a community that is constantly encouraging you to challenge the status quo, and moreover, is willing to provide you with the resources and the guidance to do so. Goucher is always looking for ways to improve itself and that mentality is just as present among the staff, faculty, and administration as it is among the student body."