The growing field of digital scholarship integrates digital tools and methods with traditional scholarly inquiry and research. At Goucher College, faculty in several fields of study are exploring what this means to their work. The following projects, collaborative endeavors of faculty, students, and librarians, illustrate a range of possibilities in a liberal arts context.

The Goucher College Digital Library showcases the digitized historical materials from the Goucher College Special Collections & Archives, and student experiences abroad through essays and photographs. We have a number of digital exhibits on this site. 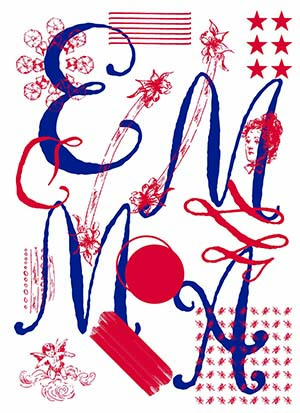 A website featuring Jane Austen's rare 1816 Philadelphia Emma digitized in its entirety. By digitizing Emma in its entirety and providing historical context, users will be able to better understand the book and its history. This 1816 Philadelphia Emma is only one of six in existence and was the only Austen novel to appear in an American edition during her lifetime (1775-1817). 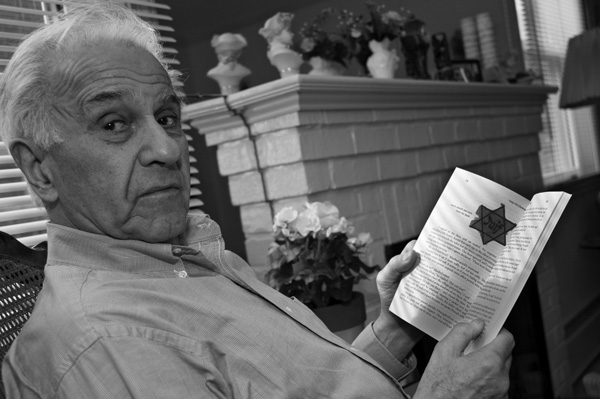 Dr. Uta Larkey, Associate Professor of Modern Languages, taught a class from 2003 to 2013 titled, Oral Histories of Holocaust Survivors. The class was a community-based learning experience in which students interviewed Holocaust Survivors and then retold the survivors' stories. This website is the product of the students' work. The survivors represented here have given permission for their stories to be told. While the filming and sound are not professionally done, the connection between the students and the survivors is genuine and unmatched. Many of these survivors have been interviewed throughout their lives, but not by people two generations apart and in the comfort of their own homes. 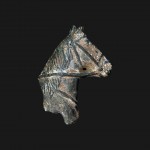 The Epsom Project at Goucher College is a collaborative research project between the Special Collections and Archives and the Historic Preservation Program. This is an active and ongoing research project where students are conducting the majority of the research. In 2012, an investigation began on the history of the land  upon which Goucher College is now located. The project involves in-depth research using the manuscripts, artifacts, and archaeological remains associated with the 600-acres once owned by members of both the Ridgely and Chew families from the late eighteenth until the early twentieth centuries. 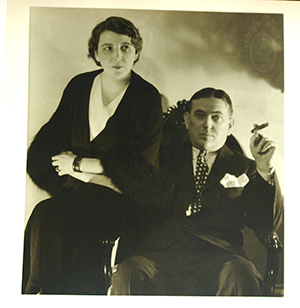 "My home is and always will be in Baltimore," wrote H.L. Mencken in 1922. The following year he would meet Goucher College Professor of English Sara Haardt, and the two would fall in love and marry in Baltimore. They would spend 12 years together, in the city Mencken wrote had "superior charm," until Sara's untimely death in 1935. Through photographs and the letters of Sara and Henry, as Sara called him, this digital exhibit illuminates the relationship between these two writers and the Baltimore they loved.

Building a Greater Goucher: The History of the Buildings on Goucher's Towson Campus

Over the years Goucher has been honored with many awards for the overall outstanding design of the campus. In 2007, the College received national recognition for its efforts when the Towson campus was placed on the National Register of Historical Places. This exhibit by Scott Davis, class of 2010 and the first recipient of the Sally Gilger Barnes '46 Archival Internship, was developed using many of the resources in the Special Collections and Archives Department as well as input from other members of the Goucher Community. 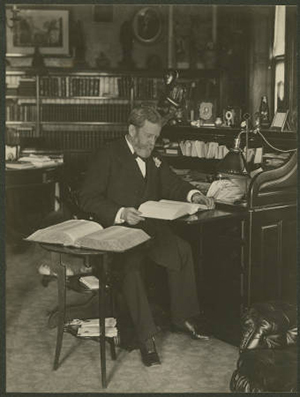 This collection contains the John Franklin Goucher papers from the Baltimore-Washington Conference Archives at Lovely Lane United Methodist Church and Goucher College. Among the items included are diaries, correspondence, photographs, writings and publications. For a listing of the materials at Goucher College, please refer to the finding aid.  Dr. Goucher donated land for the creation of the Woman's College of Baltimore City, founded in 1885, which was subsequently named after him. He served as president of Goucher College from 1891-1908 and continued on as a board member until his death in 1922.