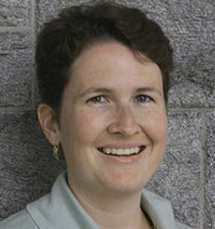 Hear a podcast of the lecture.

Juliette Wells, Goucher College’s Burke Jane Austen Scholar-in-Residence for 2009-2010, gave a lecture titled "For the Love of Jane Austen" on Wednesday, February 17, at 7 p.m. in the Batza Room of the Athenaeum. Wells discussed why present-day Austen fans so often choose to feature the author in their fiction and nonfiction writing.

Wells is a prominent Jane Austen scholar and associate professor of English literature at Manhattanville College. She has written many scholarly articles about Austen, which have been published in The Oprah Affect: Critical Essays on Oprah’s Book Club, A Breath of Fresh Eyre: Intertextual and Intermedial Reworkings of Jane Eyre, Chick Lit: The New Woman’s Fiction, and other books.