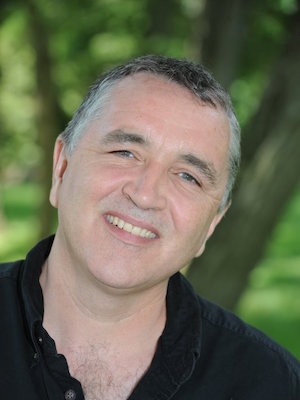 Lots of professors say they are inspired by their students. Rory Turner, a faculty member in Goucher’s Department of Anthropology and Sociology and its Master of Arts in Cultural Sustainability Program, positively gushes and gets goose bumps when he talks about the students he encounters on campus.

“My students are brilliant and emotionally mature, sensitive, compassionate, inspired. … I get to help them discover a little bit about themselves and challenge them to be better writers, better thinkers, better ethnographers doing fieldwork,” he says. “I just get goose bumps because these students are building on the work of the last couple of generations in terms of emancipation, and they are thinking about equality in different kinds of ways. They allow their spirit to shine in way that has not been beaten down. There’s something often vulnerable about them, but there’s also something really beautiful about them and strong. It really does inspire me.”

Turner came to Goucher nearly a decade ago from the Maryland State Arts Council, where he directed the folk and traditional arts program and co-founded and led the Maryland Traditions program, which supports traditional arts and culture in the state. He is a folklorist by training—earning a doctorate in folklore from Indiana University—as well as by practice. He describes his subject area as “a very interestingly transdisciplinary field that stands between literature and other studies of expressive culture and anthropology.”

Throughout his career, Turner has been most interested in applied public folklore, which uses folklore and traditional cultural materials to solve real-world social problems and emphasize the public good. He says, “Part of my own journey has been the recognition that there is a very important role to be played by cultural workers in partnering with communities not just to observe, document, and re-present what people do, but to work on behalf of and in partnership with people around the things that matter to them. … It’s an interesting and inspiring type of work.”

Turner’s involvement in this kind of work also was the impetus behind his creating Goucher’s Master of the Arts in Cultural Sustainability Program. The program combines anthropology, history, folklore, ethnomusicology, communications, business and management, linguistics, and activism to teach students how to work closely with individuals and communities to identify, protect, and enhance their traditions and ways of life.

“What we are examining is how to be effective advocates for and partners with activists, scholars, and other people who are seeking to sustain matters of common interest in a community and how to help them live more richly and fully, according to their own commitments,” he says. “That’s where the initial idea of our cultural sustainability program came from.”

In his teaching and participation in the Goucher community, Turner invites people to see beyond their own cultural standpoints and to encounter and engage with others in important, meaningful ways. “It’s really about participation; it’s about empathy; it’s about that encounter and what you do with it and how you understand it. That’s what cultural sustainability is all about,” he says.