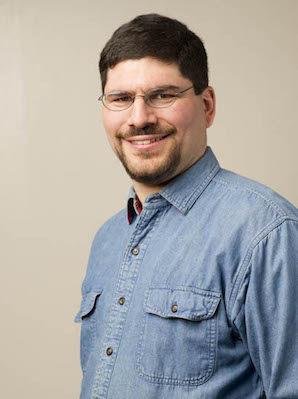 George Greco has gotten into flipping lately. The associate professor of chemistry isn’t ditching academia for real estate; instead he’s “flipping” his organic chemistry course, allowing students to watch lectures in their dorms and having them work on the material in the classroom.

The flipped classroom has been a change for Greco. He is known for his well-received 50-minute, in-person lectures that happen three times a week. “Many students have considered it a favorite science course,” he says.

Greco was reluctant to incorporate technology into his classes, if it merely meant swapping out the chalkboard and replacing it with PowerPoint. After ample research supporting the shift, he noticed a trend toward embracing technology—including on Goucher’s own campus.

A noticeable trendsetter has been Goucher’s own president. In José Anotonio Bowen’s book Teaching Naked: How Moving Technology Out of Your College Classroom Will Improve Student Learning, he advocates for flipped classrooms, saying the best classes are places of “relaxed uncertainty, controversy, and discovery.” Additionally, Bowen writes, “It is imperative that we stimulate both [students’] minds and their technology and not let them sit passively.”

“Our colleagues have been doing active learning for years, but the sciences have been kind of left out,” Greco says. So he dove in—really dove in, creating 86 videos of his lectures, a total of 14 hours, using a software program to pair the lecture videos with slides for students.

“What students like about it is they can go back if they missed something,” says Greco. “They’ll watch a video over and over.”

He first tried the flipped method in 2013 and gave an in-class survey after the first exam. Every one of his 43 students was in favor of keeping the flipped classroom, and more than 90 percent felt the videos were a clear representation of material.

Sheyla Medina is a post-baccalaureate pre-med program student who took organic chemistry with Greco this past fall, the second “flipped” class he’s taught. Medina says she loved the concept and how it “demystified” the lessons. “Watching the lectures beforehand allowed me to pause on certain concepts that I had trouble with and plan my strategy for understanding,” she says.

Classmate Danielle Stern says the flipped classroom “definitely seems like an advantage. I feel like I am better prepared for the exams because I have a large arsenal of possible questions and have a lot of practice with working them out.”

Greco said one of the largest advantages of the flipped classroom, so far, has been that many C students become B students while genuinely trying to understand material. “The class is about solving problems, not regurgitating content, so a flip works well for the course,” he says.

Results of Greco’s flipped-class approach have been encouraging. Grades have gone up, and student surveys have been overwhelmingly positive, so he plans to continue to implement the teaching style more regularly.