The Chemistry Program prepared me for the school or work track, and I’m still in touch with professors now. It’s great to have that support system. 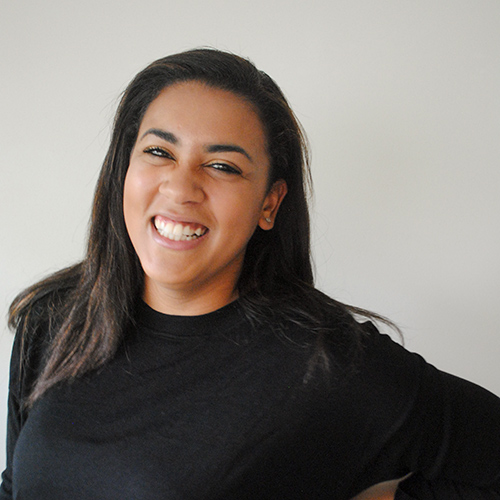 Kam Lamhaouar ’16 enjoys experimenting with the possibilities within the chemistry field, which is why she’s had such a variety of jobs and internships.

As a chemistry major at Goucher, Lamhaouar was also working in Johns Hopkins’ burn ICU and rehabilitation unit. She observed technicians using chemistry to create skin graphs and also helped recovering patients regain or maintain mobility after their surgeries.

Following graduation, Lamhaouar worked in the University of Maryland Medical Center’s oncology center, where she studied the effects of different medications on those with radiation exposure. A year of lab work left her wanting more, so in the fall of 2018 she started as a defense contractor with the Army, analyzing and evaluating chemistry-based research.

Although she enjoys her work, she’s still not finished experimenting. Lamhaouar is studying for the MCATs in hopes of returning to school and becoming a practicing physician in a trauma center.

Lamhaouar’s advice for seniors at Goucher is to apply everywhere. “You never know what you’re going to like,” she says. “Get a feel for what you like first before you commit to anything. Experience it all and build from there.