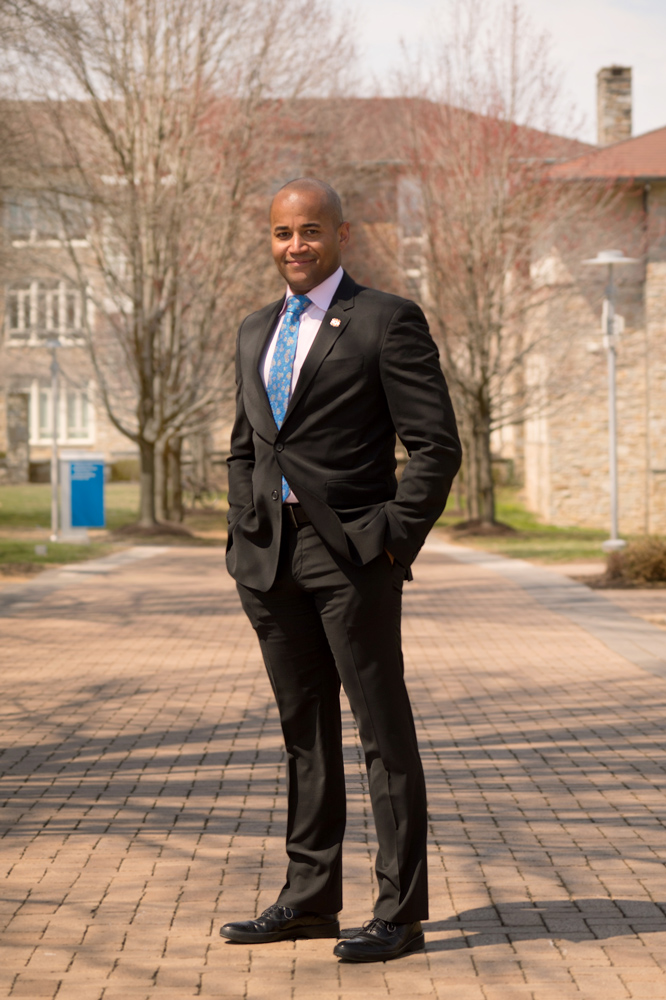 For Dante Disparte, the phrase “public service” is redundant, for what is service if not for the common good? Dante learned this early.

Disparte and his family grew up impoverished in Puerto Rico and lived through Hurricane Hugo in 1989, which ravaged the island and left 28,000 people homeless. Yet he persevered—though he did not go to school until he was 10, Dante became the first in his family to graduate from high school. He now has degrees from Goucher College, New York University, and Harvard Business School, where he served as an alumni leader and on the Harvard Business School alumni board.

Today, Dante is the chief strategy officer and head of global policy for Circle, a global financial technology firm enabling businesses to harness the power of digital currencies.

Dante is also the chair of Risk Cooperative, a company he founded to innovate the risk and insurance industry to create a more resilient world. To this end, he serves on FEMA’s National Advisory Council, where he advises the nation’s leading emergency response and preparedness agency on economic resilience, technology, and emerging risks.

In keeping with the tradition of writing and liberal arts at Goucher, Dante is a widely published author, thought leader, and lecturer, with regular views featured in Forbes, Harvard Business Review, and other respected media. He is the co-author of the acclaimed book Global Risk Agility and Decision Making and the author of the forthcoming book Supergovernance.

For all his global work, Dante has had a tremendous local impact. When Dante and Amal Disparte, his wife and fellow Class of 2000 graduate, moved back to Washington, D.C., they devoted their energy to equity in public education after living abroad. Amal Disparte is the co-founder of the GrantEd Foundation, which provides D.C. public school teachers with rapid microgrants.

Dante was inspired to end the “ZIP code lottery” that plagued D.C. public schools and joined the board of Communities in Schools, D.C., while serving as an advisor to the College Success Foundation—two organizations focused on making Dante’s academic achievements a rule rather than an exception.

In 2013, Dante became involved with the nonpartisan American Security Project, founded by former Secretary of State John Kerry and former Secretary of Defense Chuck Hagel to improve U.S. leadership and security for the 21st century. In recognition of Dante’s leadership on economic competitiveness, resilience, and emerging risks, Dante became an ex-officio member of the organization’s board.